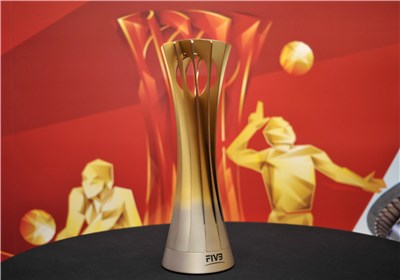 Iran to start with Italy in FIVB World Championship

TEHRAN (Tasnim) – Iran will open the 2014 FIVB Men’s World Championship with a match against its arch-foe Italy on Sunday.

Iran and Italy played together five times in the 2014 FIVB World League, in which the Iranian team won two matches and lost three times.

Once again, the two teams are scheduled to play on Sunday in Pool D of the 2014 FIVB Men’s World Championship in Krakow, Poland.

The Iranian team has been drowned along with US, Belgium, France, Puerto Rico and Italy.

The team will play US, France, Belgium and Puerto Rico respectively.

The 24 teams are divided into four pools of six teams with the four best placed at the conclusion of the round-robin elimination process advancing to the next phase of four pools of four teams, fivb.com wrote.

Then, the best two of these pools will play in the semifinals and medal matches with the other four sides playing for the 5 to 8 positions.

Only Russia (6), Brazil (3), Italy (3), Czechoslovakia (2), Poland, the United States and East Germany have taken the honors of world champions since the inception of the competition in 1949.

The pool composition is as follows: