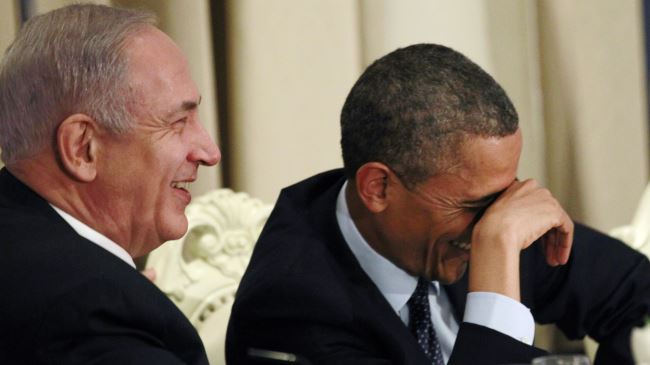 The nuclear talks which were infused with unnecessary optimism are no longer seen by many to yield much fruit as Washington once again reveals its true colors and pernicious intentions by imposing further sanctions on Iranian companies and individuals.

As a rule, Washington has never proved to be a trustworthy and reliable dialogical partner and any idea to the contrary stems from a naïve perception of things.

On Friday, the US government announced the imposition of a new round of sanctions on over 25 Iranian individuals and companies, including shipping firms, oil companies, airlines and six banks despite the fact that Iran and the six world powers – Russia, China, France, Britain and the US and Germany – are in the process of talks with the intention of resolving the West’s nuclear standoff with Iran.

What seems to be the truth of certitude in this regard is that Iran will by no means back down on its rights in the least bit and that further sanctions imposed by the West will only conduce to the complication of an issue which could be resolved if the West really wanted.

In point of fact, the new sanctions which fly in the face of international laws and regulations have exasperated the Iranians and the Iranian officials and fortified the swelling distrust of the Iranians in Washington.

Iranian President Hassan Rouhani says the sanctions must be confronted because they contravene the rights of a nation.

“Sanctions are to be seen as invasion of the rights of a nation and we must stand up to them,” Rouhani said on Saturday.

The paradox is that Washington has frequently voiced its concern over Iran’s ‘nuclear ambitions’ and that the country may achieve the required technology to produce nuclear weapons while at the same time, it is Washington which capitalizes on chaos and commotion in the world in general and in the Middle East in particular by funding and arming the Takfiri groups in Syria in cahoots with the West in order to oust a legitimate government and replace it with a US-friendly one while at the same time, it turns a blind eye to the subhuman atrocities committed at the hands of the ISIL Takfiri group in Iraq and Syria.

To crown it all, Iranian pseudo-scholars in the West come up with their uniquely ludicrous remarks concerning the chaos in the Middle East and seek to downplay the mounting sway of the Islamic Republic in the region and instead aggrandize the waning influence of Washington in the world.

In a recent post, Payam Mohseni who runs the Iran Project at the Harvard Kennedy School said, “I perceived the Iranians to be very confident about their rising power ….,” remarking that “Iran has gained much from the regional turmoil, including in Syria and recently in Iraq with the rise of ISIL. This perception was particularly striking during my discussions with leading conservative figures of the state.”

Apparently, he is far removed from the realities as he is physically removed from his country. By far, almost everyone excepting those bereft of political perception knows that it is Washington that is benefiting hugely from the chaos in the Middle East.

Even American officials have admitted to the fact that the ISIL Takfiris are being supported by the West.

Senator Rand Paul has told NBC News’ ‘Meet the Press’ that the US government has been funding ISIL’s allies and supporting the terrorist group in Syria.

“They’re emboldened because we’ve been supporting them … It could be [President Bashar] Assad [could have] wiped these people out months ago,” the Kentucky senator said.

“I personally believe that this group would not be in Iraq and would not be as powerful had we not been supplying their allies in the war.”

Besides, a document released by NSA whistleblower Edward Snowden revealed that Ibrahim al-Samarrai AKA Abu Bakr al-Baghdadi, the man who leads ISIL is an intelligence asset. The document reveals the United States, Israel, and Britain are responsible for the creation of ISIL.

Nabil Na’eem, the founder of the Islamic Democratic Jihad Party and former top al-Qaeda commander, has told the al-Mayadeen channel that all current al-Qaeda affiliates including ISIL work for the CIA.

To the horror of many, the NSA document disclosed that the group was formed by US, UK and Israel intelligence apparatus as part of a strategy known as the hornet’s nest in order to attract the fundamentalists from around the world to Syria.

After all, if the US has recently shown a sudden interest in combating the ISIL Takfiris who are currently on a beheading spree in Iraq, it seeks other ulterior motives. Just recently, General Martin E. Dempsey, US chairman of the Joint Chiefs of Staff, summarized his perception of the ISIL Takfiris and said, “This is an organization that has an apocalyptic end-of-days strategic vision that will eventually have to be defeated.”

Dempsey noted that destroying ISIL will require “the application of all of the tools of national power — diplomatic, economic, information, military.”

Then he enunciated that liquidating the ISIL militants is only possible through invading Syria as well.

“Can they be defeated without addressing that part of the organization that resides in Syria? The answer is no,” Dempsey told reporters at the Pentagon.

To sum up, Washington’s policies on Syria, Iraq and Iran are purely paradoxical and are only meant to incite chaos, to capitalize on the chaos and turn things to its own benefit.

Chaos, crisis, sanctions are tools in the hands of Washington to achieve its sinister goal in the Middle East region in the first place i.e. giving a practical shape to a long-envisioned plan in the first place, and in the second, to strategically stifle Iran as a burgeoning and snowballing power.

This article was written by Dr. Ismail Salami for Press TV on AUG. 30, 2014. Dr. Ismail Salami is an internationally published author, literary scholar, Quranologist, political commentator, and lexicographer. He writes extensively on the US and Middle East issues and his writings have been translated into a number of languages.