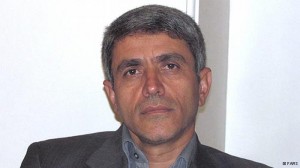 Tehran, Aug 30, IRNA – Minister of Finance and Economic Affairs Ali Tayyeb-Nia said that economic growth in the spring season was positive, hoping that the ascending trend would continue by the year end on March 21.

Addressing inaugural ceremony of Land and Building Fund attended by Minister of Roads and Urban Development Abbas Akhoundi, he added that estimates for the gross national product indicate that economic growth in the first three months of the current Iranian year (started March 20) was positive.

ˈAlthough the figure is meager but the trend is of ascending order,ˈ he said.

The minister further noted that the objective behind the establishment of fund is to finance the economic activities, especially in the fields of housing and construction.

The fund can play a crucial role in leading the economy out of recession, Tayyeb-Nia said.