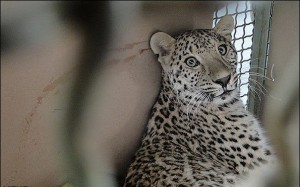 A poacher in Northern Khorasan, who was arrested while selling leopard skin, has been sentenced to three years in jail. IRNA reports that the leopard was hunted down last winter in a protected area.

The head of the Northern Khorasan Department of the Environment said the individual had been under surveillance by investigators for some time.

The evidence gathered against the poacher allowed the Department of the Environment to present a strong case in court, resulting in a heavy sentence, environment officlas in Khorasan reported.

Iranian courts have been handing out more severe sentences to poachers in the past year, as reports of the declining number of leopards and cheetahs in the country put both felines on the list of seriously endangered species.