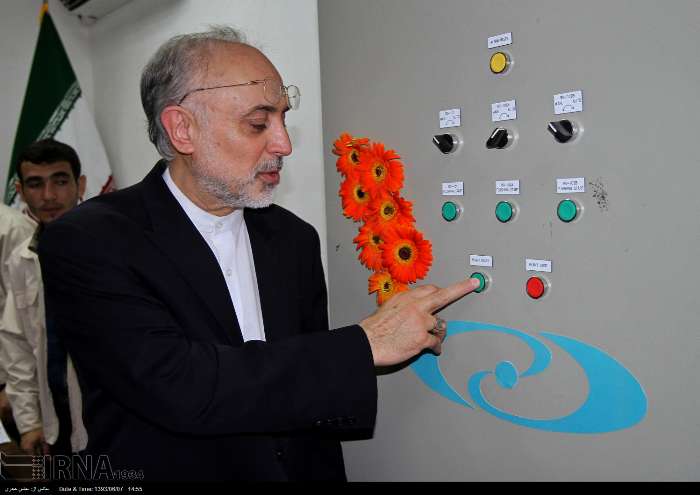 No choice for enemy but to interact with Iran: Salehi

Head of the Atomic Energy Organization of Iran (AEOI) says the enemy has no choice but to interact with the Islamic Republic.

Ali Akbar Salehi said on Friday that given the technological achievements of Iran’s nuclear scientists, “the enemy has no option but to interact with the Islamic Republic.”

The Iranian official added that the Islamic Republic has always come out with new achievements despite attempts by the enemy to restrict it progress.

Salehi emphasized that Iran would work for more breakthroughs in the field of nuclear technology, particularly in the areas of agriculture, health and medicine within the next three years.

He noted that the country is set to sign an agreement for the construction of two new nuclear power plants in the southern province of Bushehr.

After signing a deal on the construction of nuclear plants in 1992, Iran and Russia reached an agreement in 1995 to complete the power plant.