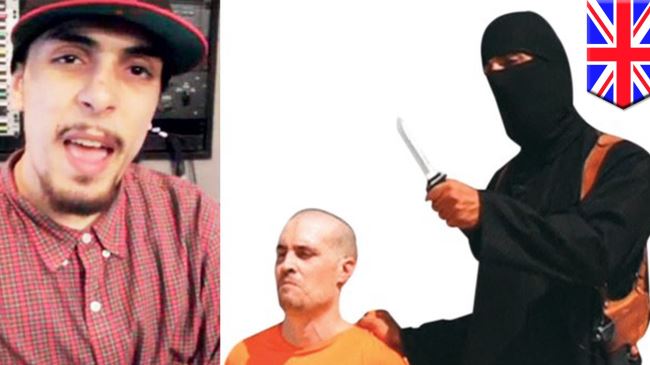 Former British rapper known as L. Jinny (left inset) is the prime suspect in the brutal beheading of US journalist James Foley (R, in orange garment).

Britain’s top counter-terrorism authority has stated that “significant progress” is expected in the hunt for ISIL’s likely British executioner of US journalist James Foley.

Assistant Metropolitan Police Commissioner Mark Rowley announced that 69 arrests of UK nationals traveling to Syria or Iraq to take part in terrorist activities had taken place in the last six months. The crimes of people traveling to Syria ranged from fundraising for Takfiri elements in Syria to preparing for terrorist attacks.

Rowley further described as challenging how the number of dangerous individuals has climbed, as nearly half of those going to Syria were not previously known as being potential terrorists.

Reports indicate that London and the West Midlands have seen the biggest growth in Syria-related probes.

Rowley also urged the public and communities to “help identify for us aspiring terrorists – they may be about to travel abroad, have just returned or be showing signs of becoming radicalized.”

He asked for people to watch out for any suspicious change in behavior in individuals, such as selling possessions or raising money to travel abroad.

The senior law-enforcement official added, “We need everyone to ensure that public debate does not give oxygen to the terrorists by giving them the publicity they seek.”

He further said he backs a call to seize passports from the Britons who go abroad to fight along the terrorists in Syria and Iraq.

This is while London and Washington have been among the top backers of the foreign-backed militancy against the Syrian government and until recently have been largely silent about the massive ISIL terror campaign across Iraq.

Meanwhile, intelligence and security agencies in the UK and US are reportedly close to identifying the man suspected of beheading Foley in a video broadcast by the ISIL terrorist group.

Specialists in America claimed to have produced the first possible images of the murderer using computer technology.

Only the eyes of the killer can be seen under a hood, but US-based ABC News has broadcast the possible full facial images created by experts.