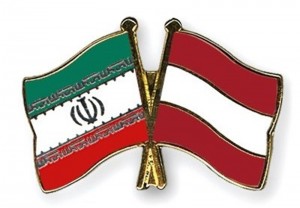 “Iran’s trade volume with Austria totaled 800 million euros in the past and Iran was one of the largest Austrian trade partner. The level of exchanges has dramatically lessened over last few years,” Friedrich Stift said, expressing that the amount would climb in the future.

He also referred to activities of Austrian Cultural Association in Iran, and said, “The association was the only European cultural one whose doors were never closed. It paves the way for continuous travels of Austrian artists to Iran. They have enormous ties with Iranian artists.

He also solid Iran-Austria ties have continued even in tough times.

The administration of Iranian President Hassan Rouhani has been seeking to expand bilateral economic cooperation with European countries.

On March 9, Rouhani said Iran and the EU have great interests, objectives and common ground for cooperation and expressed hope that the two sides would manage to “take new and serious steps” towards strengthening cooperation.