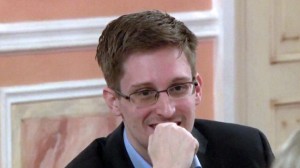 A “spiral of silence” has arisen on social media since NSA spying revelations emerged from Edward Snowden last year, according to a new study.

A “spiral of silence” has arisen on US social media since government spying revelations emerged from Edward Snowden last year, according to a new study.

Pew Research found that people were less likely to post their views or concerns about NSA surveillance on Facebook and Twitter than in person, due to fears that their views are not widely shared.

Around 86% of people surveyed for the study – which questioned 1,801 US adults in August and September last year – said that they were willing to have an in-person conversation about the surveillance program, but only 42% of Facebook and Twiter users were willing to post about it online.

The findings also reveal that this unwillingness to talk can spread from the online to the offline world.

“The typical Facebook user – someone who logs onto the site a few times per day – is half as likely to be willing to have a discussion about the Snowden-NSA issues at a physical public meeting as a non-Facebook user.

Professor Keith Hampton, one of the co-authors of the report, warned that the findings suggested a lack of public discussion on important issues.

“This kind of self-censoring can mean that important information is never shared,” Hampton said. “Some had hoped that social media might provide new outlets that encourage more discussion and the exchange of a wider range of opinions. But we see the opposite – a spiral of silence exists online, too.” International Business Times