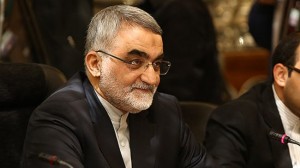 “Given the small size of drones in the space and their radar-evading qualities, they are very difficult to spot, but we gained such capability,” Chairman of the Iranian Parliament’s National Security and Foreign Policy Commission Alaeddin Boroujerdi told the Tasnim News Agency.

His comments came after the Islamic Revolution Guards Corps (IRGC) tracked and shot down a radar-evading stealth Israeli drone which was intending to penetrate the airspace over Natanz nuclear zone.

The invading “Hermes” aircraft was intercepted by a surface-to-air missile.

The lawmaker further hailed the Sunday operation as “a military success at the global levels”, and highlighted Iran’s considerable progress in the air defense sector.

“Our radar advancements are not comparable with the past, and we have been able to turn the advanced technology (of radars) into an indigenous capability,” Boroujerdi added.