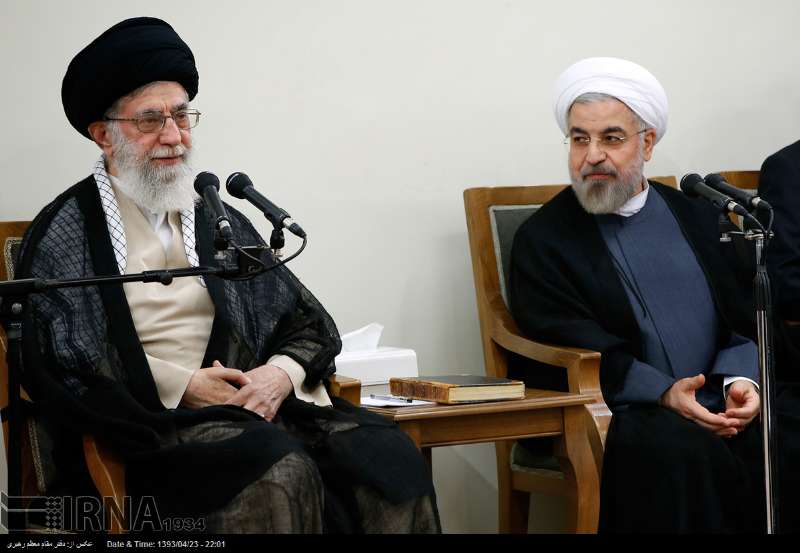 Iran’s Supreme Leader marked Administration Week by meeting with President Hassan Rouhani and saying: “The President is upset over a number of criticisms, and in some cases he is absolutely right, because he has faced some harsh and at times unfair criticism.”

He urged members of the administration to practice patience and said that not all criticisms need to be addressed, recommending silence in the face of some critics.

In a meeting with President Rohani and members of his cabinet on Wednesday August 27, Ayatollah Khamenei told the government that such political infighting is of no importance to the public.

President Rohani has faced serious attacks from conservative factions over his policies, especially regarding international affairs and the nuclear negotiations. Domestically, his science minister was recently impeached.