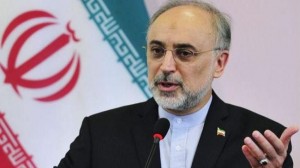 (Reuters) – Iran has conducted “mechanical” tests on a new, advanced machine to refine uranium, a senior official was quoted as saying on Wednesday, a disclosure that may annoy Western states pushing Tehran to scale back its nuclear programme.

Iran’s development of new centrifuges to replace its current breakdown-prone model is watched closely by Western officials. It could allow the Islamic Republic to amass potential atomic bomb material much faster.

Tehran says its nuclear programme is peaceful and that it produces low-enriched uranium only to make fuel for a planned network of atomic energy plants. If processed to a high fissile concentration, uranium can be used for nuclear weapons.

Iran’s Fars news agency also quoted him as saying that Iran had tested its latest generation of centrifuge, the IR-8, but had not yet fed it with uranium gas.

Iran had informed the U.N. International Atomic Energy Agency in December that it planned to install a single IR-8. The IAEA said in May that it had observed a new “casing” at the site, but that it was not yet connected.

An interim accord struck late last year in Geneva between Iran and six world powers – designed to buy time for talks on a final nuclear deal – stipulated that Iran could not go beyond the centrifuge research and development it has been conducting at the Natanz site, including testing of new models.

It was one of the thorniest issues to settle in technical talks on how to implement the preliminary deal.

In a comment that Western officials may dispute, Salehi said that “based on the Geneva agreement, research and development have no limit”, Fars reported.

Salehi said Iran had “introduced” the IR-8 centrifuge to the IAEA. “Mechanical tests have been done but gas has yet to be injected,” Salehi said. That would require President Hassan Rouhani’s permission.

The comments reported by Fars did not make clear when the tests were carried out. The IAEA, which regularly inspects Iran’s nuclear facilities, is expected to issue a quarterly report on the country’s nuclear programme around Sept. 3.

In a separate monthly update on Aug. 20 about the implementation of the Geneva accord, it did not suggest any new centrifuge development activities, only saying that Iran had “continued its safeguarded enrichment R&D practices”.

The negotiations between Iran and the United States, France, Germany, China, Britain andRussia – aimed at ending a decade-old dispute over Iran’s nuclear programme – were extended in July until Nov. 24 in view of persistent wide differences.

A senior U.S. official on July 18 said Iran’s nuclear R&D was a “very tough topic” in the discussions, among others.

Faced with technical hurdles and difficulty in obtaining parts abroad, Iran has been trying for years to replace the erratic, 1970s vintage IR-1 centrifuge it now operates at its underground Natanz and Fordow uranium enrichment facilities.

Although Iran’s progress so far appears limited, it is an issue that Western states will want to see addressed as part of any final settlement over Iran’s nuclear programme.

They want Iran to roll back uranium enrichment to a point where it cannot produce enough highly enriched material for a bomb before the outside world can detect it.