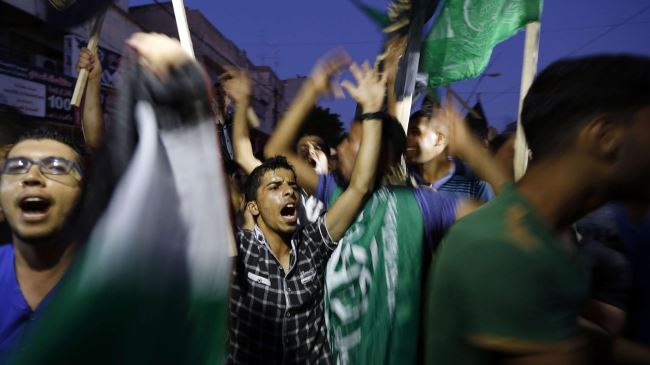 A United Nations (UN) humanitarian aid convoy carrying food for about 150,000 people has arrived at the Gaza Strip, a first such arrival since Israel imposed its blockade on the Palestinian enclave in 2007.

“The opening of the Rafah crossing for humanitarian aid provides a major opportunity to scale up aid delivery to Gaza and needs to be sustained,” WFP Country Director Pablo Recalde said.

According to the UN body, the convoy included ready-to-eat canned meat, canned beans, tea and dates. The food is expected to be enough for five days.

“It is extremely important that we have access to the Gaza Strip from different routes including the Rafah crossing to ensure a constant flow of humanitarian supplies to meet the growing needs of the people affected by the recent violence,” WFP Regional Director for the Middle East, North Africa, Central Asia and East Europe Mohamed Diab said.

The UN group said that it needs about $70 million to continue the mission over the next three months.

An Egyptian-brokered truce between Palestinian resistance groups and Israel came into effect on August 26, ending some 50 days of Israeli military attacks on Gaza.

The Palestinians demanded the removal of the Israeli blockade on Gaza, the opening of Gaza crossings, the release of Palestinian prisoners, as well as provisions of a guarantee that Palestinian demands will be met.

Almost 2,140 Palestinians, mostly civilians, including women, children and elderly people, were killed in the Israeli onslaught on Gaza. Around 11,000 others were injured.