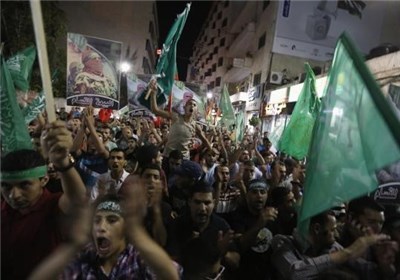 TEHRAN (Tasnim) – Iran’s Foreign Ministry on Wednesday congratulated the Palestinian nation and leaders on the victory against Israel after a seven-week war on the Gaza Strip, stressing that “resistance” is definitely the sole approach to restoring the rights of Palestinians.

In a statement, the Iranian Foreign Ministry hailed the Palestinians’ success to “impose the legitimate demands of the resistance movement on the Zionist leaders” of Israel in an “unequal battle” in the Gaza Strip, saying that the success came as the result of courage and dedication shown by thousands of martyrs and those people who were injured in the Israeli attacks.

On Tuesday evening, a ceasefire deal between Palestinians and Israel, which was mediated in Cairo, took effect.

The truce, which ends seven weeks of Israeli brutal attacks on the Gaza Strip, called for an indefinite halt to hostilities, the immediate opening of Gaza’s blockaded crossings with Israel and Egypt and a widening of the territory’s fishing zone in the Mediterranean.

Elsewhere in the statement, the Foreign Ministry said the recent victory for Gaza has once again proved that “the only way to completely restore the rights of people of Palestine would be insistence on resisting to and withstanding the Zionist regime’s expansionism.”

It also reaffirmed Iran’s commitment to supporting the people of Palestine, and added that Gaza’s recent victory over Israel is seen as “a prelude to an ultimate liberation of the whole occupied territories, including the holy city of Quds, from Zionist occupation.

A total of 2,142 people, most of them civilians including more than 490 children, have been killed in Gaza since war broke out on July 8, after Israel launched an offensive on the coastal enclave of 1.8 million population.

A total of 69 people have been killed on the Israeli side, nearly all of them soldiers.

Thousands of homes in the Gaza Strip have been destroyed or damaged by the Israeli offensive.

The Palestinian Center for Human Rights said 540,000 people had been displaced in the Gaza Strip.