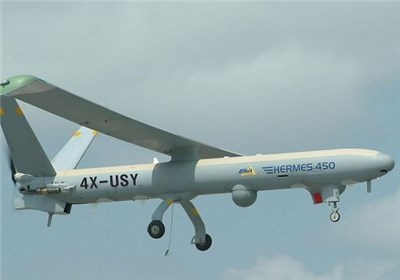 The Jordanian security officials did not detail the kind of assistance provided by the Saudis, but it is likely to have included the use of a Saudi airbase, the WND reported on Monday.

Meanwhile, Commander of the IRGC Aerospace Force Brigadier General Amir Ali Hajizadeh revealed that Israeli drone had taken off from a regional country.

“The operational range of this spying drone reveals that it had not taken off from the occupied territories, but the departure was from one of the regional countries. We have found some clues in this regard and are exploring them,” he said on Monday.

“If such moves are repeated, the aggressors will be given a crushing response,” said the senior IRGC commander, reaffirming the preparedness of the country’s armed forces to counter any threats.

The Islamic Revolution Guards Corps (IRGC) on Sunday tracked and shot down a radar-evading stealth Israeli drone which was intending to penetrate the airspace over Natanz nuclear zone.

The intruding “Hermes” aircraft was intercepted by a surface-to-air missile.