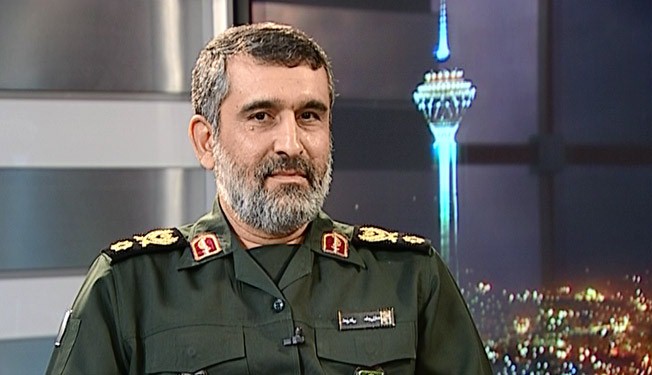 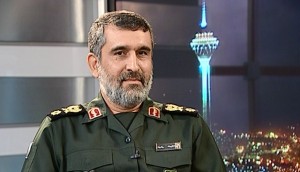 TEHRAN (FNA)- Senior Iranian military officials announced on Monday that they will accelerate arming the Palestinians in the West Bank in response to the recent aggression made by an Israeli spy drone which was downed before it could reach Natanz nuclear enrichment facility in Central Iran.

“We will accelerate arming the West Bank and we think that we are entitled to give any response (to the recent aggression) which we deem appropriate,” Commander of the Islamic Revolution Guards Corps (IRGC) Aerospace Force Brigadier General Amir Ali Hajizadeh said on Monday, elaborating on the IRGC’s possible response to Israel’s recent aggression against Iran.

“The Armed Forces, including the IRGC and the Army, are fully prepared to trace and intercept (hostile flying objects) and if such moves are repeated, the aggressors will receive our crushing response,” he warned.

The IRGC Aerospace Force shot down an Israeli spy drone near Natanz nuclear enrichment facility in the Central parts of Iran on Sunday.

“A pilotless Israeli spy plane was shot down after it was traced and intercepted by the IRGC Aerospace Force,” a statement by the IRGC’s Public Relations Department announced yesterday.

According to the statement, the Israeli pilotless aircraft was a radar-evading, stealth drone with the mission to spy on Iran’s enrichment activities by flying over Natanz nuclear enrichment plant.

The IRGC further warned that it “preserves the right of response and retaliation for itself”.

Later on Sunday Director of the IRGC’s Public Relations Department General Ramezan Sharif told FNA that some of the parts of the downed aircraft are working, “and our experts are studying the information and intelligence of these parts”.”We are now analyzing the information of this plane,” he added.

Gen. Sharif further mentioned that Commander of the IRGC Aerospace Force Brigadier General Amir Ali Hajizadeh will soon reveal more details on the spy drone and the way it has been hunted down by his forces.

Then on Monday, Gen. Hajizadeh said the Israeli pilotless aircraft was a Hermes-type drone.

“The downed spy drone is Hermes and made in Israel,” Gen. Hajizadeh said earlier today.

The Iranian officials had also earlier underscored the necessity for arming the Palestinians in the West Bank, saying that the move would lead to Israel’s collapse.

“The continued war in Gaza will accelerate arming the West Bank and annihilation of the occupiers,” Deputy Chief of Staff of the Iranian Armed Forces Brigadier General Massoud Jazzayeri said in Tehran on Sunday.

“The holy Quds occupiers’ fear from arming the people and the resistance movement in the West Bank shows how deeply Tel Aviv is vulnerable to the start of a new phase of (Palestinians’) fight and resistance,” he added.

Jazzayeri said during the past decade and after the Zionist regime’s defeats in the 33-day, 8-day and 22-day wars in Lebanon and Gaza and the recent war against the Palestinians, the world public opinion has become aware of this bitter reality that the usurper Israeli regime is a cancerous tumor.

His remarks came after Ayatollah Khamenei strongly condemned the recent Israeli attacks on the Gaza people, and underlined that Palestinians, including those in the West Bank, should continue their armed struggle against Tel Aviv.

“We believe the West Bank, too, should be armed just like Gaza and those who are interested in the fate of the Palestinians must work in this respect so that the pains and miseries of the Palestinian people will be decreased due to their mighty hands and the weakness of the Zionist enemy,” he underlined in July.