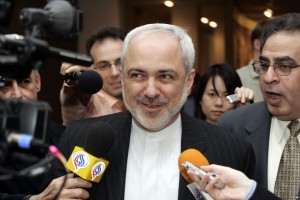 Zarif is due to represent the Iranian government in the swearing-in ceremony of the Turkish president-elect, a report by Turkey’s Anadolu news agency said on Sunday.

The cermony will be held on August 28 and is due to be attended by 16 heads of state as well as high ranking envoys from 60 world nations, including Russian Foreign Minister Sergey Lavrov.

Erdogan, Turkey’s former prime minister, secured 51.96 percent of the votes in his country’s first direct election of a president.

Erdogan who has served as Turkey’s Prime Minister for several terms will now be in the presidential office for a five-year term.

More than 53 million Turks were eligible to vote, and the turnout was at 73 percent.

Following Erdogan’s victory in the election, Iranian Foreign Ministry Spokeswoman Marziyeh Afkham congratulated him and the nation, and expressed the hope that cooperation between influential countries of the region, specially Iran and Turkey, would result in the consolidation of collective cooperation in the confrontation against  challenges and use of opportunities for the two countries’ mutual cooperation.