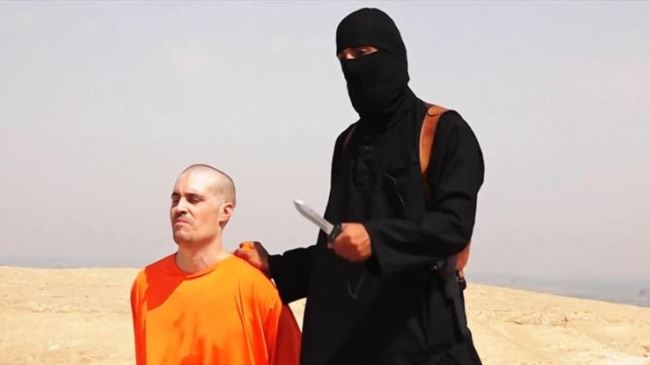 The UK’s intelligence services have identified the ISIL militant who beheaded US journalist James Foley in a recent video clip.

A report published by the Sunday Times said senior British government sources reported that Britain’s Security Service (MI5) and the Secret Intelligence Service (MI6) have identified the masked executioner, known by his fellow militants as John.

According to the report, no details about the man have been disclosed however.

A key suspect is Abdel-Majed Abdel-Bary, a hip-hop artist who went to Syria to join Takfiri militants. The suspect reportedly traveled to Syria last year from Maida Vale, west London, where he lived with his mother and five brothers and sisters.

Experts say Abdel-Bary has a similar accent and has a similar build and skin tone to the man who was pictured on a released video of Foley’s killing.

Abdel-Bary, who recently posted a picture of himself on Twitter holding up a severed head, is believed to be the ringleader of a British cell of militants known as the Beatles. Abdel-Bary’s current whereabouts are unknown and his Twitter account has been deactivated.

On August 19, a video clip was released showing a black-masked ISIL militant with a British accent beheading Foley in what was said to be retaliation for US airstrikes against the group in Iraq. The video also warned that the group would slay kidnapped American journalist Steven Sotloff if Washington did not halt the airstrikes.

The ISIL terrorists, of whom many are foreign militants, currently control parts of eastern Syria and Iraq’s northern and western regions, where they have been committing heinous crimes in the captured areas, including the mass execution of civilians and Iraqi security forces.