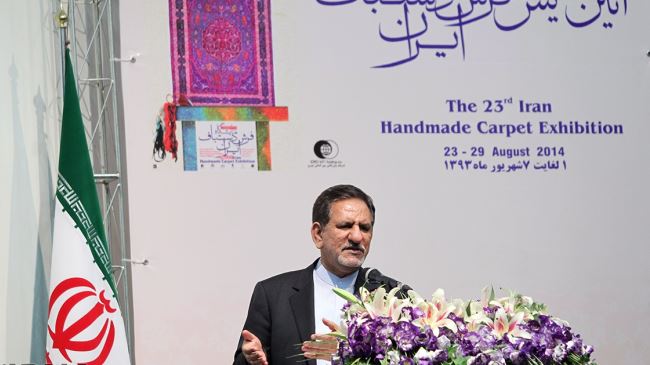 “Non-oil exports increased by 20 percent in the first four months of this year compared to the same period last year,” Eshaq Jahangiri said in the Iranian capital, Tehran, on Saturday.

He made the remarks during the opening ceremony of the 23rd Iran handmade carpet exhibition.

Iran’s neighboring countries including Iraq are the target markets for Iranian goods and services, he stated.

Jahangiri also called on Iranian authorities to pay more attention to exports of modern industrial products besides other traditional export items such as carpets, pistachios and saffron.

The Tehran carpet exhibition, which accommodates more than 700 participants, will end on August 29.

Iran exports USD 500 million worth of hand-woven carpets annually, which amounts to one third of the global market.

There is an estimated population of 1.2 million carpet weavers in Iran, producing carpets for domestic and international markets.