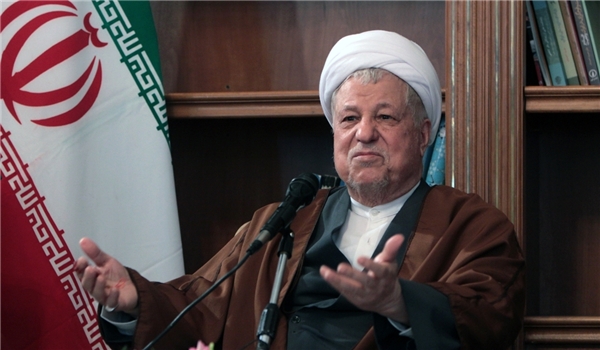 He made the remarks in a meeting with the Ministry of Education officials.

If hardliners do not prevent countryˈs progress, we can establish the modern Islamic civilization in the near future, he added.

Rafsanjani also blamed the hardliners for the countryˈs problems in relations with the world.

Out of the 270 lawmakers present in Wednesday parliament session, 145 legislators voted against Faraji Dana, while 110 voted in his favor, with 15 abstentions.