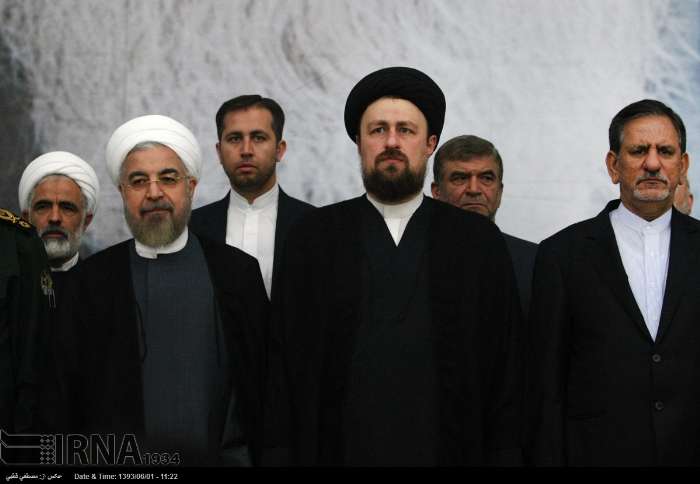 Tehran, Aug 23, IRNA – President Hassan Rouhani has expressed optimism about a positive economic growth rate by the end of the current Iranian year (to end March 20, 2015).

He made the remarks here Saturday morning while visiting the mausoleum of the late founder of the Islamic Republic Imam Khomeini on southern Tehran to mark the beginning of Government Week.

The Government Week, which is observed in Iran each year, commemorates martyrdom anniversary of former president Mohammad-Ali Rajai and his prime minister Mohammad-Javad Bahonar, who were assassinated in a terrorist attack on August 30, 1981 by the terrorist Mojahedin-e Khalq Organization (MKO).

During a short speech in the ceremony, the president stressed that his government was persistently working on lowering the present inflation rate. He hoped for a reduced 20-percent inflation rate by the end of the year.

Elsewhere in his remarks, Rouhani noted that his government is resolved to continue the same path set for it by the public votes cast in his support during presidential elections in 2013.

He also said his government will continue to respect the ideas of its opponents but will not remain silent about sabotages.