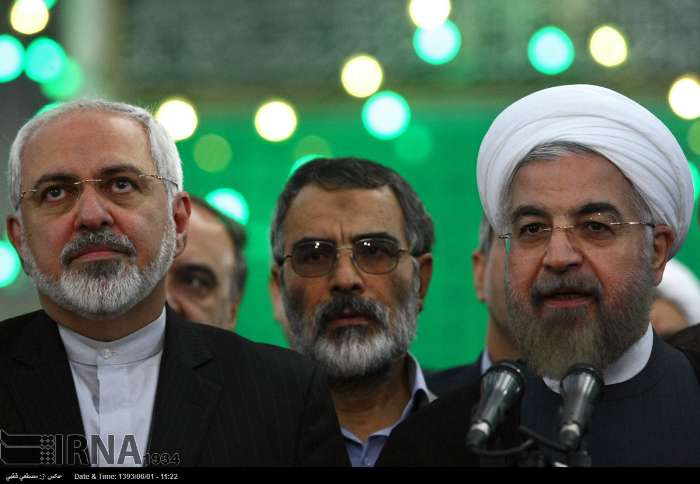 President: Iran to push ahead with nuclear talks

TEHRAN (Tasnim) – Iranian President Hassan Rouhani on Saturday reaffirmed that his country will continue nuclear negotiations with world powers on the basis of logic and under the international regulations.

“Regarding our foreign policy, we will keep to the path and will seriously continue the (nuclear) negotiations based on logic and the international laws and commitments,” Rouhani told reporters on Saturday.

He made the comments after paying a visit to the mausoleum of late founder of the Islamic Republic, Imam Khomeini (RA), in southern Tehran to mark Iran’s government week.

The president underlined that the administration “has done and will do its utmost” in the course of talks with world powers on Tehran’s peaceful nuclear program.

He also expressed the hope that Iran’s efforts in that regard would bring about success for the country, as well as for the region and the rest of the world.