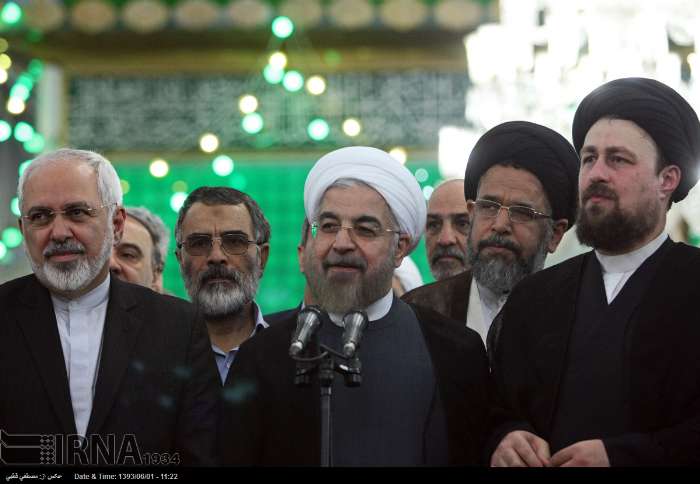 TEHRAN, Aug. 23 (MNA) – Iran’s president has said that the late founder of the Islamic Revolution, Imam Khomeini, had established a modern Islamic government.

Rouhani made the remarks at the beginning of the Government Week while paying tribute to Imam Khomeini, the founder of the Islamic Revolution, at his mausoleum.

“For the first time in Iran and Shia history, Imam Khomeini established a modern Islamic government within the frameworks of religious jurisprudence and Islamic laws,” said Rouhani and that “Imam Khomeini taught freedom and independence to all people around the world.”

Rouhani further pointed to Imam Khomeini’s moderation and avoidance of extremism or ignorance towards west orientation.

“Imam Khomeini established a religious democracy based on public votes and emphasized that the true measure of (acceptance) is nation’s vote and the main pillar of the Islamic government is Divine laws and the Constitution,” went on saying president during the tribute ceremony at Imam Khomeini’s mausoleum.

At the end of the ceremony, President Rouhani paid gratitude to Imam Khomeini’s family especially his grandson Seyed Hassan Khomeini for their support to the 11th cabinet.

Iran’s Government Week marks martyrdom anniversary of Mohammad Ali Rajaei. Rajaei who was Iran’s president for less than a month, was assassinated in a bombing on August 30, 1981 along with his PM Mohammad Javad Bahonar. The terror attack was planned by Mujahedin Khalq Organization (MKO, aka MEK).