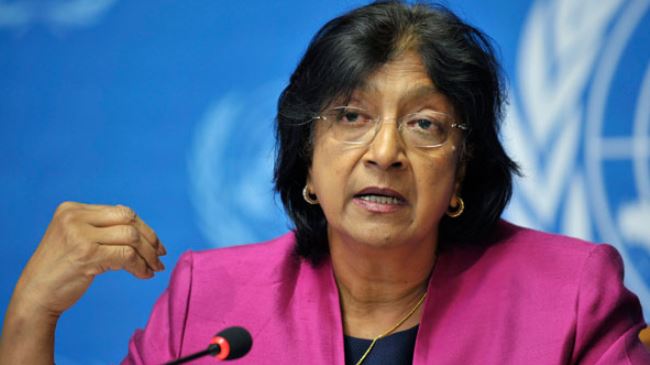 The United Nations High Commissioner for Human Rights has strongly denounced the UN Security Council for placing “geopolitical considerations” above the “collective interest.”

In her last briefing to the council, Navi Pillay rebuked the 15-member body for failing to make “firm and principled decisions” to end conflicts.

She specifically called for the five veto-wielding powers of the council to refrain from exercising their right to veto in cases where council action is aimed at stopping or preventing conflicts.

Pillay also suggested that the use of the veto to stop actions, which are indented to prevent conflict, is short-sighted in a century where growing challenges face humanity as a whole.

“Collective interest – clearly defined by the UN Charter – is the national interest of every state.” Pillay said.

Pillay, whose six-year mandate ends on August 30, said that greater responsibility by the world body would have saved hundreds of thousands of lives across the globe.

“I firmly believe that greater responsiveness by this council would have saved hundreds of thousands of lives,” she added.

Pillay also warned the Security Council of the unpredictable conflicts unfolding in many countries including Syria, Afghanistan, Iraq and the occupied Palestinian lands.

“These crises hammer home the full cost of the international community’s failure to prevent conflict,” she noted, adding, “None of these crises erupted without warning.”

This comes as several world leaders have called for an overhaul of the UN Security Council for its failure to maintain global peace and security.