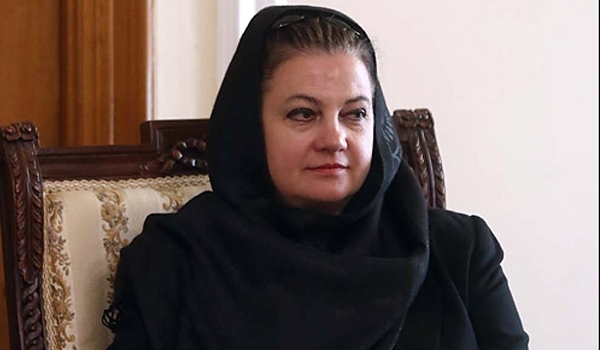 TEHRAN (FNA)- Romanian Deputy Foreign Minister Cameron Burlaco in a meeting with her Iranian counterpart Hossein Amir Abdollahian voiced optimism about the results of the nuclear talks underway between Tehran and the Group 5+1 (the US, Russia, China, Britain and France plus Germany).

“I am optimistic about the trend of these negotiations,” Burlaco said.

She underlined that political solution and dialogue are appropriate means of settling the regional crises, and said, “Iran plays an important and influential role in the region.”

The Romanian deputy foreign minister, for her part, pointed to the country’s concerns about the wave of extremism in the world, and said, “Iran plays an important role in upholding security and resolving the current problems in the region.”

During the meeting in Tehran on Wednesday, the two officials also discussed bilateral ties, as well as regional and international developments, and underlined the two statesˈ resolve to fight extremism.

Amir Abdollahian pointed to Iran’s interactions with different world countries and exchange of visits by diplomatic delegations, and said, “I hope that these visits and an observation of Iran’s realities will result in reflecting the truth of the country.”

Iran’s Foreign Minister Mohammad Javad Zarif and his Romanian counterpart Titus Corlatean in a meeting in September hailed the existing bilateral relations between Tehran and Bucharest, and called for the further expansion of their countries’ mutual cooperation in all fields.

In a meeting held on the sidelines of the 68th UN General Assembly Session in New York, the two top diplomats discussed new ways for bolstering the bilateral relations between the two friendly states in all fields, including cultural interactions.

The Romanian foreign minister, for his part, welcomed resumption of the talks between Iran and the six world powers, describing the negotiations as important.