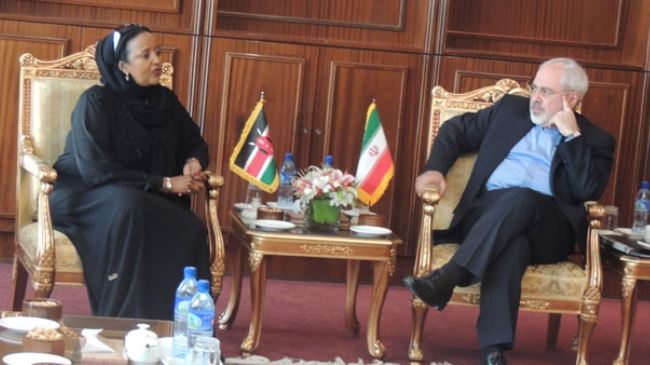 “We should try to have a kind of relationship with Africa which is deep, logical, based on mutual interests and far from superficiality,” said Zarif in Tehran in a meeting with Iranian ambassadors to African countries on Wednesday.

During the Wednesday meeting, some of the Iranian ambassadors proposed their ideas for tackling the obstacles in the way of the promotion of ties with African countries.

On the same day, Zarif met with Kenya’s Cabinet Secretary of Foreign Affairs and International Trade Amina Mohamed, stressing the enhancement of ties between Tehran and Nairobi in all areas, especially agriculture.

“As one of the important countries in Africa, Kenya is considered the gateway to Africa and can play an instrumental role in facilitating relations between Iran and other African countries,” Zarif said.

The Kenyan official, for her part, called for the promotion of mutual ties, urging both sides to cultivate their relations in the field of tourism as well.