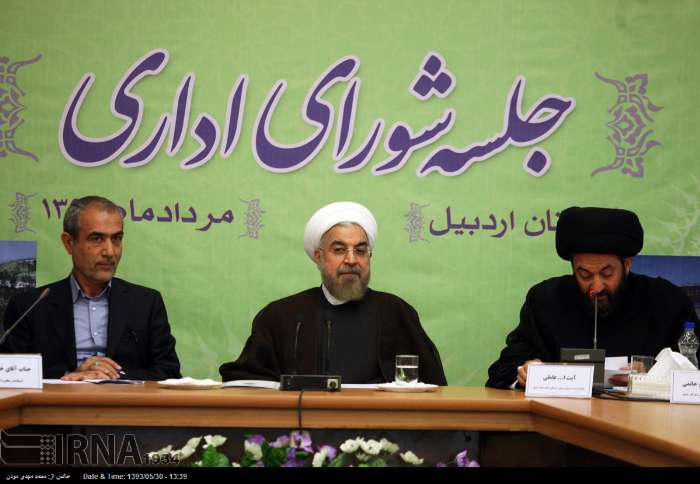 Iran determined to get results in nuclear talks

TEHRAN (Tasnim) – Iran’s President Hassan Rouhani said on Thursday his country is seriously seeking to resolve the issues related to its peaceful nuclear energy program in the negotiations with the six world powers.

“We are seriously seeking to resolve the problems in these negotiations. We are determined to achieve results. There is a serious resolve on the part of Iran and we hope that the other party has the same will,” Rouhani said during a final presser at the end of his trip to the northwestern Ardebil province on Thursday.

The Iranian president also reiterated that a comprehensive agreement between Iran and the six world powers over Tehran’s peaceful nuclear energy program will be beneficial to the global economy.

“A final deal between Iran and the Group 5+1 will benefit Iran, the sextet and the global economy.”

The Islamic Republic and the sextet clinched a landmark interim deal in Geneva, Switzerland, on November 23, 2013. The agreement took effect on January 20 and expired six months later on July 20.

In July, the two sides agreed to extend their discussions until November 24 in an effort to achieve a permanent nuclear deal.