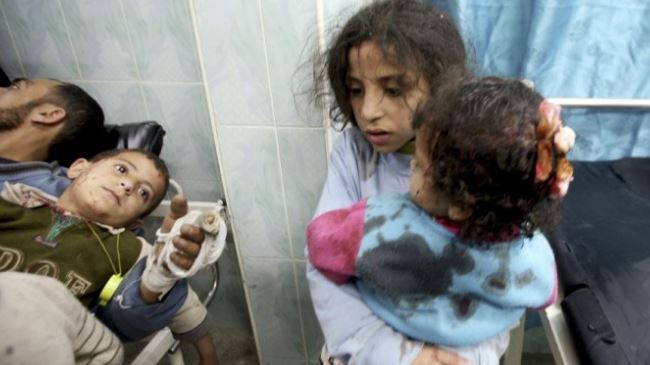 More than 40 Palestinians have been killed in the Gaza Strip over the past two days, taking the death toll from Israel’s war against the Palestinian enclave to over 2,065.

At least 10 Palestinians, including six members of one family, lost their lives in an overnight attack on their homes in the city of Rafah in southern Gaza.

Six people, including four children were also killed in Gaza City. According to Palestinian medical sources, at least four others have been wounded in the air raids in Beit Lahia and Gaza City.

The Al-Qassam Brigades, the Palestinian resistance movement Hamas’ military wing, has said that three of its commanders were killed in an Israeli raid on Rafah’s Tal Sultan neighborhood.

The fresh Israeli attacks come as the United Nations Security Council called on Hamas and Tel Aviv to reach a deal on a long-term truce.

Meanwhile, Israel has deployed more soldiers to areas near Gaza.

More than 10,200 Palestinians have also been injured in the Israeli war on Gaza, which started on July 8.

The military wing of Hamas, has been launching retaliatory attacks against Israel.