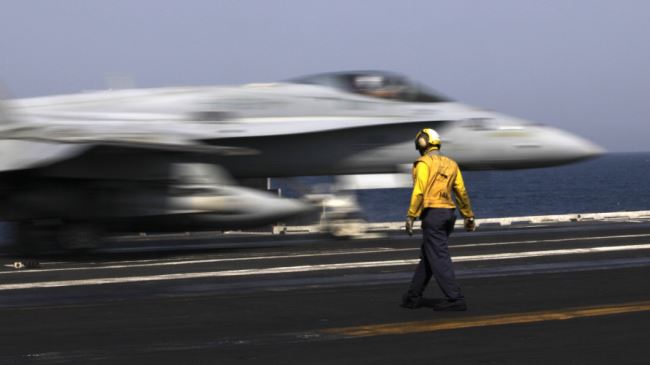 US targets ISIL in Iraq for to safeguard own interests: Analyst

A political analyst says the US bombards targets of the ISIL militants in Iraq for the sake of its own interests not the Arab country, Press TV reports.

In an interview with Press TV on Tuesday, Richard Becker with the ANSWER Coalition said that the US does not oppose the ISIL terrorist group, adding that the reason behind Washington’s attacks on ISIL targets is to safeguard its own interests.

He stressed that the US bombing of Takfiri militants of ISIL “is not acting in the interests of the Iraqi people.”

The crisis in Iraq escalated after the ISIL terrorists took control of Mosul on June 10. Since then the Takfiri group have captured vast chunks of Iraq. The ISIL terrorist have vowed to continue their raid toward the capital, Baghdad.

Soldiers of the Iraqi army have been engaged in heavy fighting with the militants in different fronts and have so far been able to push them back in several areas.

The US military launched aerial attacks against ISIL militants inside Iraq earlier this month.