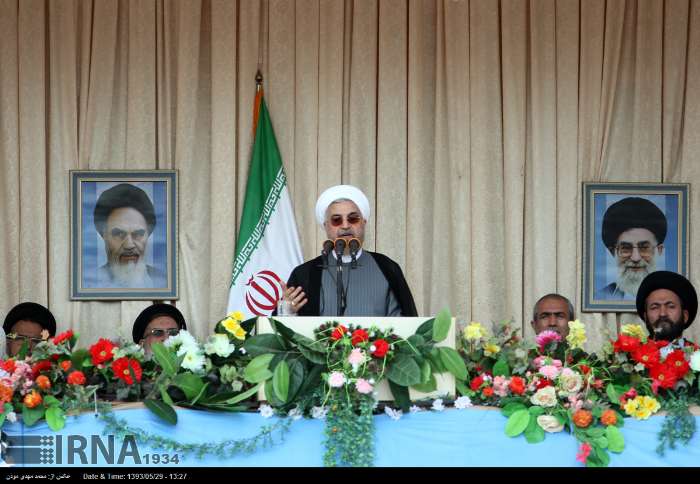 Tehran, Aug 20, IRNA – President Hassan Rouhani said the inflation rate will drop to below 20 percent by the end of the current Iranian year (to end March 20, 2015).

The president made the remarks on Wednesday while addressing the gathering of local people in the northwestern city of Ardebil.

He said the inflation rate stood at the critical point of 40 percent last year when he took office amid deep recession.

Referring to the regional conditions, he said while the region is suffering from instability and unrest especially in such places as Iraq and Syria and Muslims are killed in Palestine and Gaza by the Zionist bombs and bullets, Iran maintains its position as a firm and peaceful country.

Pointing out that he principally promised people that his government will be in friendly terms with the whole world, he said Iran was now extending its hand towards any state and nation which respected the rights of the Iranian nation.

He said the Iranian Muslim nation will strongly confront any state which would even think of violating its rights or attacking regional Muslims.

He stressed that Tehran has by now managed to destroy the structure of the illegal and wrong sanctions imposed on it by the enemies.

He said Iran used its highly experienced and prominent diplomats in talks with world powers to defend the rights of the nation.

He hoped the two objectives of safeguarding nationˈs nuclear rights and providing prosperity to it will be achieved simultaneously.

President Rouhani arrived in Ardebil Wednesday morning for a two-day visit. This is his 7th provincial visit since assuming power in July 2013.