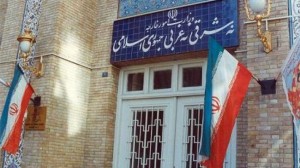 TEHRAN (Tasnim) – Iran’s Foreign Ministry summoned the Philippine ambassador to Tehran over the suspicious death of an Iranian inmate in Manila.

Rahimpour expressed Iran’s strong dissatisfaction with the Philippine government’s “inappropriate behavior” towards the Iranian inmate who died in the Southeastern Asian country’s prisons.

Rahimpour further accused the Philippine government of negligence and the behaviors that lay outside the international norms, and demanded an appropriate response from the Filipino officials.

The envoy, for his part, expressed his condolences over the death of the Iranian national in the Philippines, and pledged that he would soon reflect Manila’s views to the Iranian officials in this regard.

Khaki, who was arrested 27 months ago in the Philippines on Washington’s demand, passed away on Monday in a detention center in the capital Manila.

In 2012, the US Department of Justice had announced the arrest of the deceased for the alleged attempts to export US-origin materials “with nuclear applications”.

Afkham had added that Washington “always puts pressure on the countries in the name of violation of human rights in order to fulfill its illegitimate interests.”