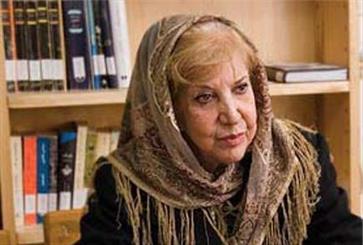 Simin Behbehani passes away at 87

Simin Behbahani’s son said that she had been in hospital for a while under treatment and passed away of a heart attack early in the morning.

Ali Behbehani added that the family was deciding on a funeral ceremony for the poetess.

The hospital officials have confirmed her death on Tuesday morning and said that she had been in coma since August 6.

She invented new rhythms in Persian sonnet and she is titled “Nima of the Sonnet” in Iran.

Nima Youshij (Nima of Yoush) was a contemporary Persian poet who gave vogue to an unrhymed poetry, also known as ‘modern poetry,’ in Iran and ‘Nimayi poetry trend’ in the country.

Simin Behbahani published many pamphlets in sonnet: A Broken Tar, Footprint, Marble, Resurrection, Arjan Plain, France’s Contemporary Poets, What Have We Bought with our Hearts? A Window of Liberty, inter alia.

Persian literature is one of the world’s greatest in terms of the contributions made to the world literature. It covers a span of two-and-a-half millennium, though much of the pre-Islamic material has been lost.

Lovers of literature around the world know well prominent Iranian poetry figures from Rudaki to Khayyam, to Firdausi, to Rumi, to Sa’adi, to Hafiz, and to the contemporary poets to only name a few.