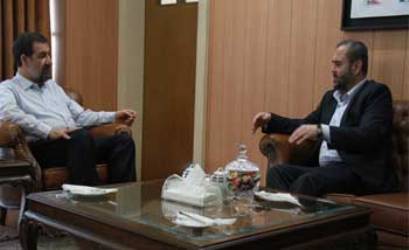 According to the report of ECˈs website, in the meeting Mohsen Rezaei underlined necessity of strengthening resistance in Lebanon and other resistance groups in the region.

Seyed Abdullah Safioddin, for his part, presented a report on situation in the region.

Referring to promotion of resistance position in the region, Safioddin praised Iranˈs help and support for Hezbollah.

Following recent incidents in the region, especially failure of the Zionist regime in Gaza war and failure of terrorists in Iraq and Syria, people of these countries either Christians, Sunnis and Shias have understood legitimacy of the resistance.