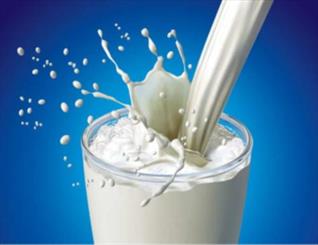 Nanotechnology would help in milk digestion

Rasoul Kadkhodaei, the head of the Institute said that the nanostructure would digest lactose according to body’s natural needs in human gastric.

“The Institute also has developed nanocapsules of spices and saffron as a value-added product,” he added.

Kadkhodaei, who was speaking in a press conference about the Institute’s use of technologies in developing secure nutrition and food products, said that the Institute was pioneer of applied research focusing on demand, which, “seeks to meet the needs of the country for sustainable food security and safety, which is pivotal to Resistance Economy.”

“Food security is among the strategic components of special focus for sufficiency in food production; however, our performance in production of some of strategic foods is extremely poor,” he said.

“For example, the self-sufficiency coefficient in oil seeds is only 7 per cent; more than 90 per cent of the oil seed is imported despite climate and soil highly friendly to production of the seeds,” he objected.

“Now, 50 per cent of wheat and sugar is imported, while our university graduates in agricultural majors have difficulty finding jobs,” he lamented, and that “the food production waste is in alarming levels across the country, with wastes in fruits and melons as high as 50 per cent, and in wheat and dried fruits, 15 per cent.”

He objected to the fact that strategic food products were out of public focus generally. “Saffron and medical herbs would help realize non-oil income and export objectives,” he added. “Iran currently exports saffron as raw material, but imports its value-added higher-end technological products in high prices,” he said.