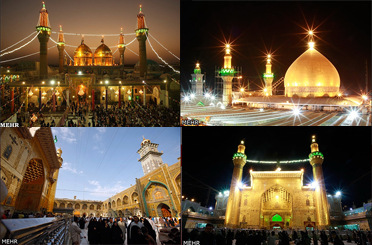 TEHRAN, Aug. 19 (MNA) – Iran’s deputy head for Reconstruction Organization of Holy Shrines of Iraq has said that Iranians have donated more than $13.5 million to the headquarters.

Qasem Sarajan said on Tuesday that Iranians donate money, jewelry and goods to the holy shrines of Shia Imams in Iraq.

He predicted that more than $22.5 million is needed for reconstruction of these shrines. “Despite some problems, Iran’s Reconstruction Organization of Holy Shrines planned several projects to renovate the holy shrines of Shia Imams in Iraq,” added Sarajan.

“The organization has finished 160 projects in the holy shrines so far in Najaf, Karbala, Kadhimiya and Samarra,” said he.

Six of Twelver Shias’ Imams’ shrines are located in Iraq and millions of Shias take pilgrimage trips to the cities from around the world.

The shrines’ maintenance and upkeep costs are supplied by Shias’ donations and Iran’s Reconstruction Organization of Holy Shrines manages donations.