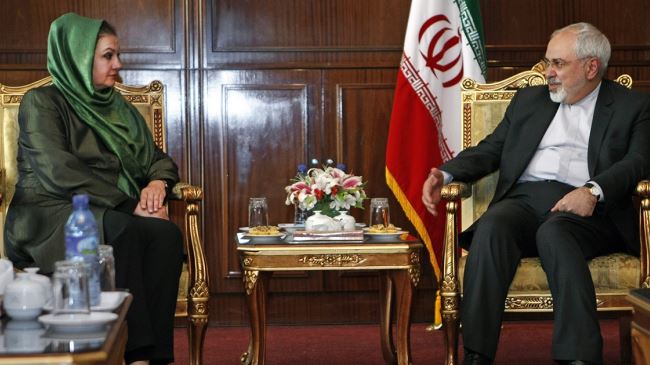 Iran has warned against spread of terrorism and extremism in the Middle East, saying it will have dangerous consequences for the whole world.

In a meeting with Romanian Deputy Foreign Minister Carmen Burlaco in the Iranian capital, Tehran, on Monday, Iran’s Foreign Minister Mohammad Javad Zarif said spread of extremism and terrorism in the region, particularly in Syria and Iraq, jeopardizes the Middle East.

The Iranian foreign minister also stated that terrorism and extremism know no boundary and can pose a threat even to the security of Europe and the entire world.

Referring to Iran’s World Against Violence and Extremism (WAVE) initiative, the top Iranian diplomat said that the idea could be used as a basis for global efforts to counter violence and extremism.

On December 18, 2013, the UN General Assembly overwhelmingly voted to approve Iranian President Hassan Rouhani’s WAVE proposal, which calls on all nations across the globe to denounce violence and extremism.

Under the resolution, the General Assembly would urge all member states to unite against violence and extremism in all its forms and manifestations, including sectarian violence.

The Romanian official, for her part, underlined the necessity for the enhancement of mutual ties and called for further exchange of delegations between the two countries in various levels.

Burlaco also commented on the recent developments in the region, including Iraq, Syria and Palestine, highlighting the significance of consultation with Iran in this regard.