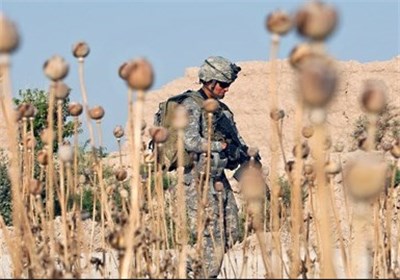 TEHRAN (Tasnim) – Opium cultivation in Afghanistan is being supported by certain terrorist groups, Iran’s interior minister said, adding that the Islamic State in Iraq and the Levant (ISIL) terrorists are also benefiting from the lucrative narcotics business.

“We are now witnessing that many terrorist groups are being funded by the profit from production of narcotics in Afghanistan,” Abdolreza Rahmani Fazli, who is also head of Iran’s anti-drugs headquarters, said on Tuesday.

The minister further explained that huge profits from the narcotics trade in Afghanistan are also used to sponsor the ISIL militants.

“That group (ISIL) members themselves are drug traffickers,” Fazli added.

In relevant comments back in June, the Iranian minster had announced that insurgency, money laundering, and terrorism all derive from drug trafficking.

The ISIL is a militant group in Iraq and Syria believed to be supported by the West and some regional Arab countries. The terrorist group claims as an independent state the territory of Iraq and Syria, with implied future claims intended over more of the Levant, including Lebanon, occupied Palestine, Jordan, Cyprus, and Southern Turkey.

In early June, following its large-scale offensives in Iraq, ISIL seized control of most parts of Mosul, the second most populous city in Iraq and its surrounding Nineveh province.