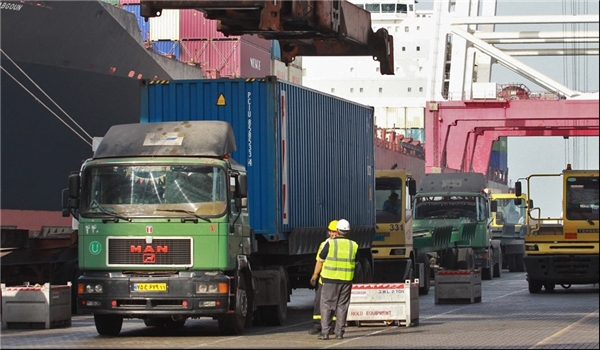 TEHRAN (FNA)- Iran has become an exporter of foodstuff to Russia after Moscow banned imports of agricultural and food products from the countries that have imposed the US and EU-led sanctions on Russia, a trade official announced on Tuesday.

“Iran will start exporting eggs to Russia in the next two weeks,” Managing Director of the Union of Iran’s Egg Exporters Hedayat Asghari said on Tuesday.

He explained that Iran is ready to export 5,000 tons of eggs to Russia every month.

The first round of sanctions against Russia was implemented by the United States and the European Union back in March as a response to Crimea’s reunification with Russia following a referendum. As the Ukrainian crisis escalated, Switzerland, Canada, Australia and Japan gave in to US pressure and drew up their own sanctions.

In response to western sanctions, Russian President Vladimir Putin signed an order on economic measures to protect the country’s security. The decree went into effect on August 7 and banned the imports of agricultural and food products from the countries that had imposed sanctions on Russia for one year. The list of banned products includes meat, poultry, fish, seafood, milk, dairy products, fruits and vegetables.

Moscow said earlier it was ready to review the terms of its import restrictions if its western partners showed a commitment to dialogue.