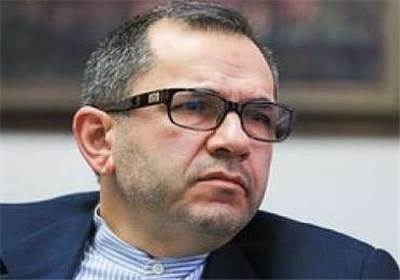 TEHRAN (Tasnim) – Iran’s deputy foreign minister said on Monday that some countries use the issue of Tehran’s nuclear energy program a pretext to develop their Iranophobia plots.

“Since the victory of the Islamic Revolution, they grasped any opportunity to treat Iran as a security issue in an attempt to undermine its regional and international activities. Activities carried out by Iran are depicted in a way that other (countries) become afraid of Iran,” said the Deputy Foreign Minister for American and European Affairs Majid Takht Ravanchi.

The senior Iranian diplomat also referred to the interim nuclear deal inked between Iran and six world powers last year and called it an end to the Iranophobia scenario.

Iran and the sextet on November 24, 2013, signed an interim nuclear deal in the Swiss city of Geneva. The breakthrough agreement (the Joint Plan of Action), which came into effect on January 20, had given the parties extendable six months to draw up a comprehensive nuclear deal.

In July and after nearly three weeks of intensive diplomatic negotiations in the Austrian capital of Vienna that began on July 2, Iran and the group of six world powers (Russia, China, the US, Britain, France and Germany) agreed to keep holding talks on Tehran’s nuclear program for four more months.

The parties decided to extend the nuclear talks until November 24 in the hope of clinching a final deal to resolve the decade-long standoff on Iran’s nuclear energy program.