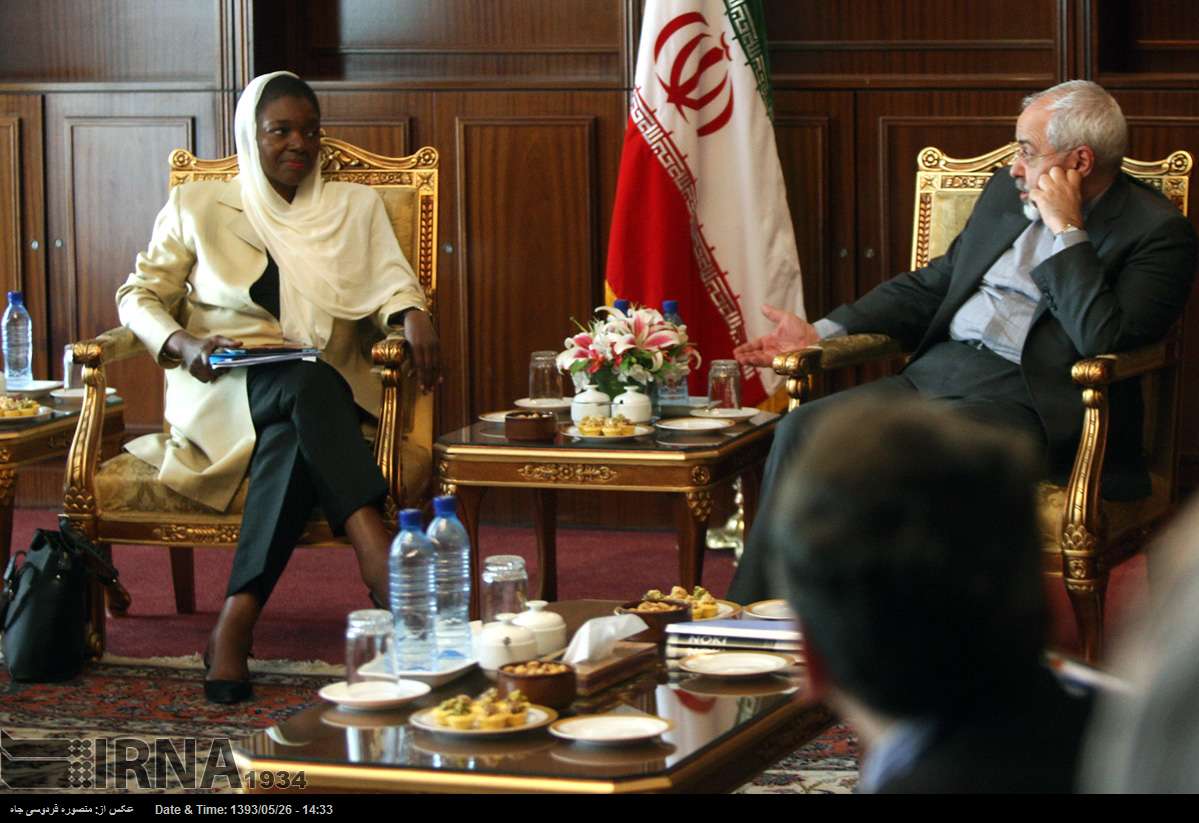 Tehran, August 17, IRNA – Foreign Minister Mohammad Javad Zarif said on Sunday that all countries in the region are required to help shipment of emergency supplies and distribution to the affected people in Iraq, Syria and Gaza.

Zarif made the remarks in a meeting with visiting UN Under-Secretary-General for Humanitarian Affairs and Emergency Relief Coordinator Valerie Amos.

He expressed concern about the sufferings of the people in Iraq and Syria created by extremist groups, calling for cooperation among countries in the region to help shipment of emergency supplies and their distribution to the affected people in the regions.

Zarif called for cooperation of the United Nations and other relief agencies and some specific countries for shipment of humanitarian relief supplies to the people.

Elaborating on the difficulties in shipment of emergency supplies to Gaza Strip, Zarif also called for enabling the donor countries to dispatch medical and food supplies to the defenseless people in Gaza.

UN Under-Secretary-General for Humanitarian Affairs and Emergency Relief Coordinator Valerie Amos, for her part thanked sincere cooperation of the Islamic Republic of Iran for shipment of emergency supplies to Syria and said that the UN would coordinate shipment of food and medical supplies to Iraq and Gaza.