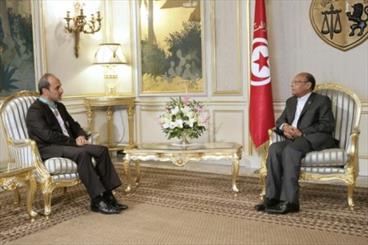 In the valedictory meeting, Marzouki hoped for permanent, deep and strengthened cooperation between both countries.

He further congratulated Iran for its impressive technological progresses and said that peaceful nuclear program is a disputable right for the country.

Iran’s former ambassador for his part appreciated Tunisian presidents’ supports and highlighted the ever-increasing pace of bilateral ties and hoped for the two countries’ determination to boost relations.

Jebeli finished his duty in Tunis and met with Tunisian president, parliament speaker, foreign ministry and some other officials before leaving the country at the end of his term.