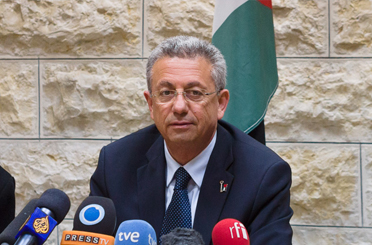 TEHRAN, Aug. 17 (MNA) – A further extension on the ceasefire in the Gaza Strip will not be accepted without “a complete elimination of the siege” in the region, said a Palestinian legislator on Sunday.

Mustafa Barghouti told journalists outside Shifa Hospital in Gaza City that there are talks about presenting the Egyptian ceasefire proposal to the United Nations Security Council.

“This is an issue that has been discussed but there are two things we don’t accept: First is to have constant prolongation of ceasefire without lifting the siege, this would be an Israeli game that will not be accepted,” he said. “Second, that the ceasefire will be violated by Israel whenever it wants,” Barghouti added.

A current five-day ceasefire is due to end late on Monday. Negotiations have been going on between Israel and Hamas since early last week in Cairo. They are aimed at ending the latest war between the two sides and improving conditions for Gaza Strip’s 1.8 million people.