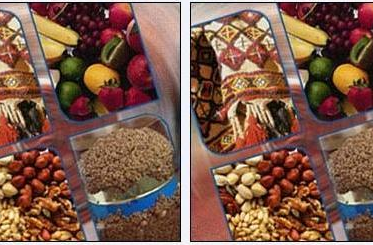 TEHRAN, Aug. 17 (MNA) – The head of Iran’s Trade Promotion Organization has said non-oil exports have risen 21 per cent in the first four months of the current financial year.

Valiollah Afkhami Rad who was speaking to the press about export targets on Sunday told that by the end of a four-month period starting March 21 2014, Iran had exported non-oil goods worth of $16.1bn, which showed 13 per cent rise in weight compared to that in the same period last year.

China, Iraq and UAE received major portion of these exports with $3bn, $1.850bn, and $1.23bn respectively. “Afghanistan, Turkey, India and Turkmenistan are in the next place to receive Iran’s exports,” he added.

Afkhami Rad also said that in the same period, Iran imported 13.2 million tons of goods, which showed 42 per cent rise in weight and 36 per cent in value. “Consumption goods have a lion’s share in imports. Wheat leads the imported goods with imports worth of $880m, with vehicles spare parts and rice being in the next places,” said the deputy-minister of Industry, Trade and Mine.

Afkhami Rad said that a ton of imported goods averaged $1,338 in value. “This average value shows a 5-per cent decline compared to that in the same period last year,” he asserted.

“We should provide the economy a safe place for investors and entrepreneurs to enter, a feat requiring in the first place a policy of détente abroad,” Afkhami Rad said. “Trade and economy is deeply indebted to good offices by the foreign ministry, since to the degree that they act better in foreign policy, Iran’s economy would benefit from more rooms to act upon,” he lavished praise upon the government policies.

“In recent past year, we worked to eliminate unnecessary and encumbering paperwork in exports and imports to accelerate the pace,” he said, but admitted that the required 15 documents for imports and 10 for exports was still contributing to lengthy and costly process, which should be eliminated.