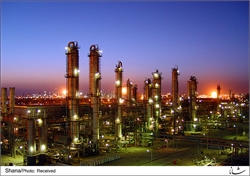 Reza Amiri said the paraxyle unit is the second in the country with a rated capacity of 180,000 tons a year.

He said that pre-commissioning operations in the project started recently to assess compliance with safety and environment standards.

Amiri said some towers were repaired while all equipment in the facility was tested.

Paraxylene is mostly used in manufacturing of Terephthalic Acid (PTA) and dimethyle esters which are used in polyester manufacturing.

PX is produced by catalytic reforming of petroleum naphtha as part of the BTX aromatics (benzene, toluene and the xylene isomers) extracted from the catalytic reformate. The p-xylene is then separated out in a series of distillation, adsorption or crystallization and reaction processes from the m-xylene, o-xylene and ethylbenzene.