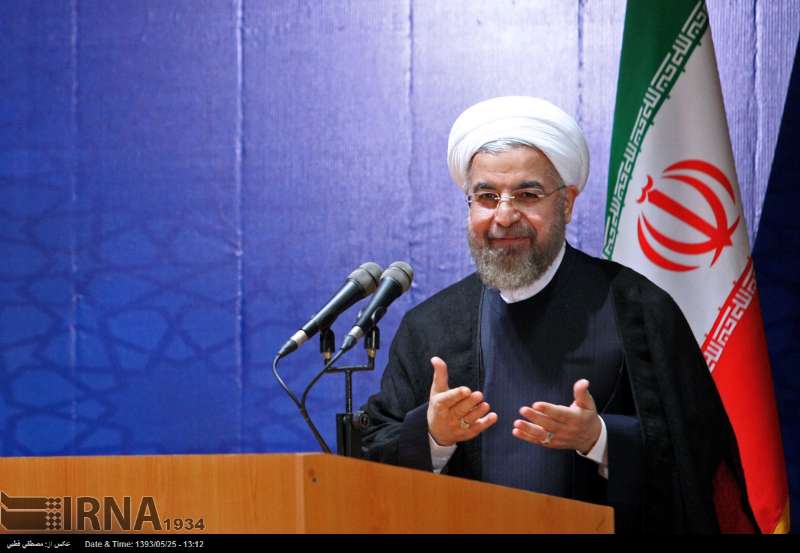 “The administration is not subject to any constraints on funding research activities, either in the field of applied research needed by the country or in the field of research at the boundary of knowledge, which is necessary for the country,” President Rouhani said in a gathering of Iranian scientists in Tehran on Saturday.

The president, however, noted that research projects should not turn into a “hobby or a secondary job” that only exhaust funds.

“As a person that have been engaged in research for years, I insist that costly and inessential researches should be prevented, and we should produce the best product with the least expense,” he underlined.

In relevant comments back in June, Supreme Leader of the Islamic Revolution Ayatollah Seyed Ali Khamenei called on the Iranian researchers to open new horizons in science by producing brand-new products that are beneficial for all humanity.

“As regards the issue of scientific move and progress, what should be set as the target is to promote the global science and produce new products of the human knowledge,” the Leader said at the time.

Imam Khamenei also made clear that the new products brought by the Iranian scientists should benefit the humanity.

“Thanks to the country’s scientific progress, today we can develop some of the world’s most complicated and most advanced technologies, which is a glory, but these developments have been already achieved by the scientists in other countries. Thus, we should seek to produce new scientific products which the human knowledge has been unable to acquire so far, and which do not have detrimental effects on humanity either,” the Leader explained.