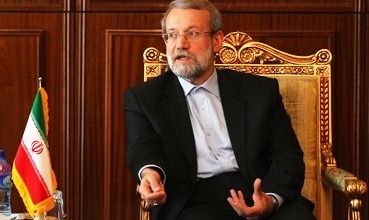 “The country’s environmental challenges include drought, water shortage, and dust as well as forest destruction,” said Larijani, adding that he has had consultations with Mohammad Reza Tabesh (Chairman of the Iranian Parliament’s Environment and Sustainable Development Faction) over prohibition of cutting the trees for a few years.

Larijani made the comment during his meeting with the members of the planning and policy-making council of the Asia-Pacific Parliamentarians’ Conference on Environment and Development (APPCED).

The 17th General Assembly of the APPCED will be held in the Iranian capital of Tehran on August 23.

The gathering aims to discuss issues related to economic development and environmental challenges that Asia and the Pacific region are faced with.

The 16th APPCED conference was held in Nepal’s capital of Kathmandu in January 2013 with more than 100 delegations from 46 countries in attendance.

APPCED was founded in June 1993 by the Korean Parliamentary League on Children, Population and Environment (CEP) following the Rio Earth Summit in 1992.

With 46 member states, APPCED seeks joint measures to deal with the environmental concerns in Asia and the Pacific.