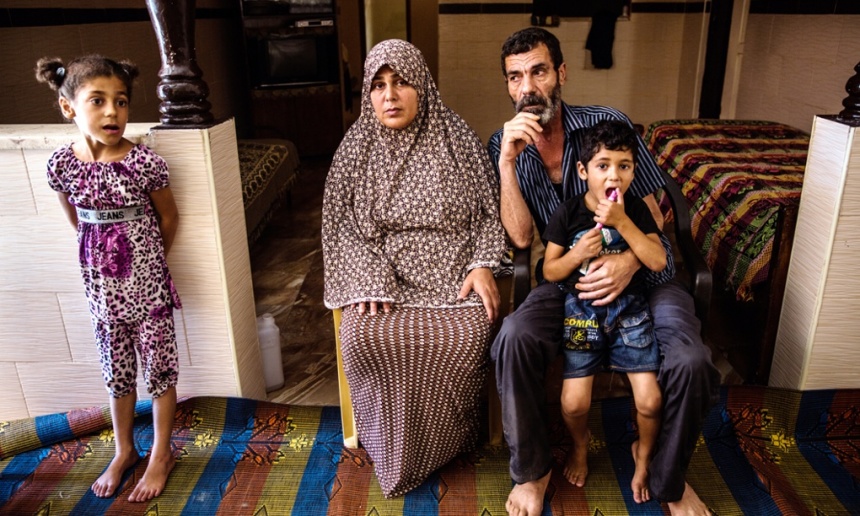 Gaza counts the cost of war: ‘Whole families smashed under the rubble’

Mohamed Bakr and his wife Salwa with their children. The family lost one of their sons during the air strike on Gaza City’s beach. Photograph: Sean Smith for the Guardian

At least 59 Palestinian families suffered multiple casualties over four weeks of Israeli bombardment in Gaza, according to data collated by the Guardian. The youngest casualty was 10-day old Hala Abu Madi, who died on 2 August; the oldest was Abdel al-Masri, aged 97, who was killed on 3 August.

The figures are based on data from three independent Palestinian human rights organisations – the Palestinian Centre for Human Rights (PCHR) and Al Mezan, both based in Gaza, and the West Bank-based Al-Haq; the Israeli human rights group B’Tselem; and the UN office for the Coordination of Humanitarian Affairs (OCHA).

However, it is almost certainly an incomplete picture. Systematic identification of bodies and logging of data have been hampered by the sheer scale of the casualties in Gaza – about 2,000 killed in total, and 10,000 wounded – types of injuries, and the need for swift burial.