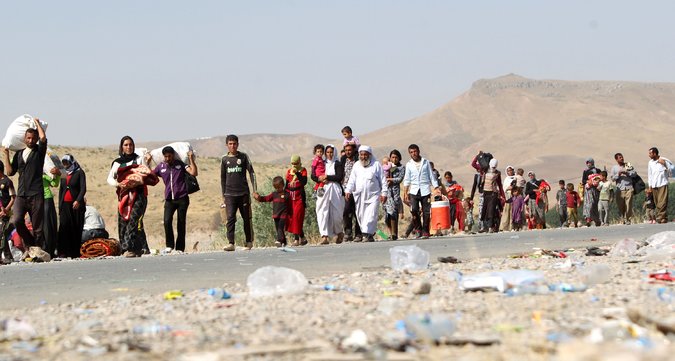 Militants’ siege on mountain in Iraq is over, Pentagon says

Displaced Yazidis crossing the Iraqi-Syrian border at the Fishkhabur crossing, in northern Iraq, on Wednesday. Thousands who had been besieged have escaped. Credit Ahmad Al-Rubaye/Agence France-Presse — Getty Images

An initial report from about a dozen Marines and Special Operations forces who arrived on Tuesday and spent 24 hours on the northern Iraqi mountain said that “the situation is much more manageable,” a senior Defense official said in an interview.

Defense Secretary Chuck Hagel, speaking to reporters Wednesday night at Andrews Air Force Base, Md., said it was “far less likely now” that the United States would undertake a rescue mission because the assessment team reported far fewer Yazidis on the mountain than expected, and that those still there were in relatively good condition.

Rear Adm. John Kirby, the Pentagon press secretary, credited American airstrikes and humanitarian airdrops as well as efforts of the Kurdish pesh merga fighters in allowing “thousands of Yazidis to evacuate from the mountain each night over the last several days” and to escape the militants from the Islamic State in Iraq and Syria.

Administration officials said that several thousand Yazidis remained on the mountain, not the tens of thousands who originally were there. Some of the people on Mount Sinjar indicated to American forces that they considered the mountain to be a place of refuge and a home and did not want to leave, a second United States official said. Both officials spoke on the condition of anonymity because they were not authorized to speak publicly on the issue.

The Yazidis are a religious minority who are regarded as apostates by the Islamic militants.

Admiral Kirby said “the team has assessed that there are far fewer Yazidis on Mount Sinjar than previously feared, in part because of the success of the humanitarian airdrops.”

The latest twist came just hours after Benjamin J. Rhodes, deputy national security adviser, told reporters on Martha’s Vineyard, where President Obama is vacationing, that the president was likely to receive recommendations about how to mount a rescue operation in the next several days. He said those recommendations could have included the use of American ground troops.

But Mr. Rhodes made those comments as the secret team of Marines and Special Operations forces were already on Mount Sinjar, in the middle of a 24-hour trip to talk to the displaced people and pesh merga fighters.

Earlier on Wednesday, France, Britain and Germany all said they would increase their efforts to aid the people stranded on the mountain — where reports indicated that the Yazidis were baking in the heat and near starvation — and to fight the ISIS militants.

France, which opposed the Iraq invasion in 2003, said it would send arms to Kurdish fighters to help alleviate what it called a “catastrophic situation.” Prime Minister David Cameron of Britain, who had been under pressure to take more action, said his government would continue the humanitarian aid it had been providing but would now also ship munitions from Eastern Europe to the Kurdish forces.

American airstrikes on ISIS fighters surrounding Mount Sinjar opened a path for thousands of Yazidis to escape, but thousands more still remain on the mountain. Many escapees made their way through Syria to reach Fishkabour, an Iraqi town held by Kurds. 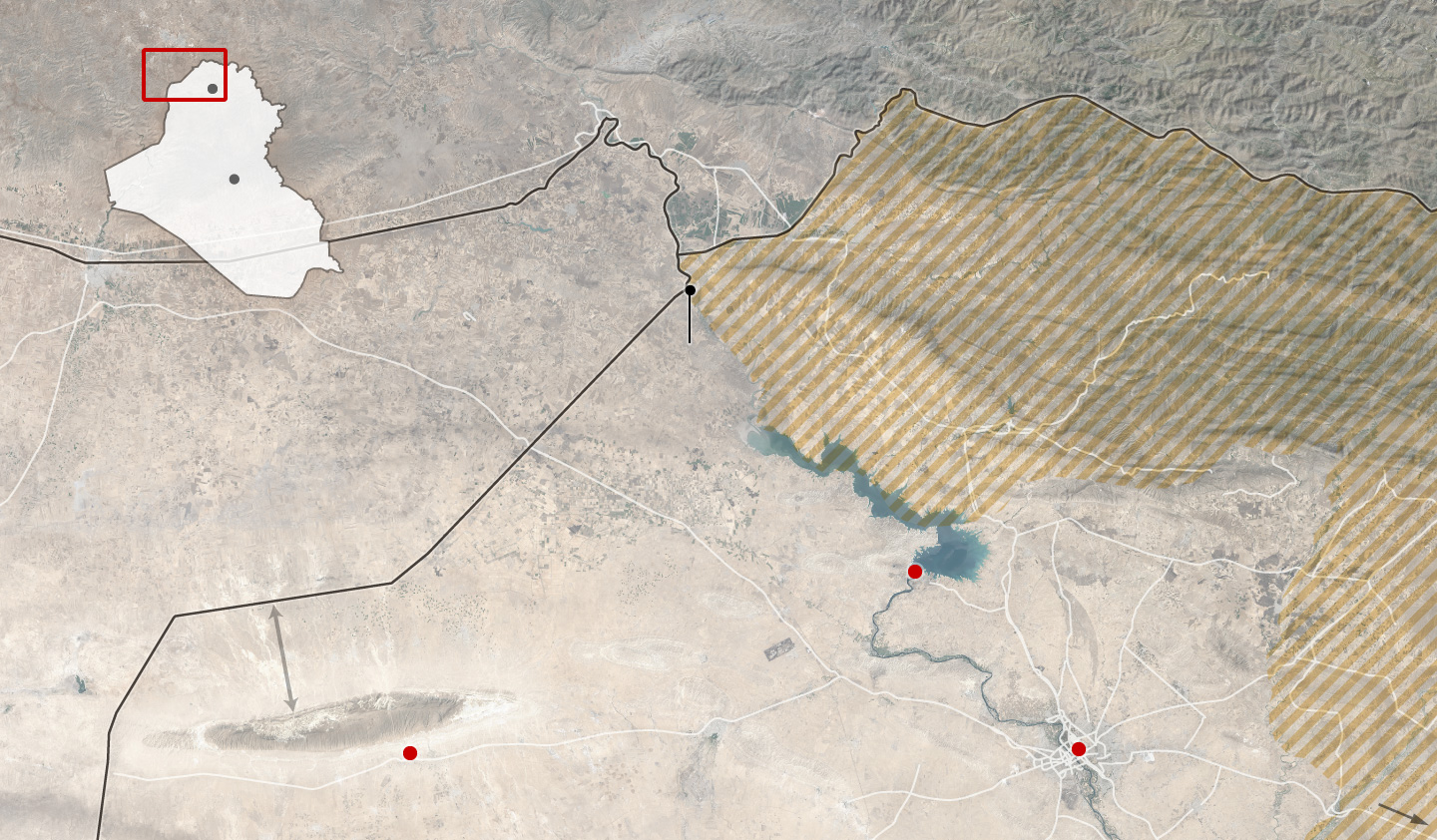 Steffen Seibert, a government spokesman, called the ISIS fighters “bloodthirsty extremists” and said their advances were “something which offends us all.” The German Foreign Ministry’s spokesman, Martin Schäfer, said ISIS was “an existential threat to refugees, the state of Iraq and the whole region.”

For Mr. Obama, who has been reluctant to commit additional American ground troops to Iraq, the report was hugely welcome news. Mr. Obama had maintained — even when announcing that he had authorized airstrikes to help break the siege — that he would not be sending American combat troops to the country they left in 2011.

But as reports from Mount Sinjar became increasingly dire, amid video images of the suffering Yazidis, the president found himself weighing a host of options for mounting a rescue operation.

The leading option before the siege was broken was to rescue the Yazidis with a combination of ground troops — mostly Kurdish pesh merga, but with help from American Special Operations forces and Marines. The United States was also discussing using airlifts that could include V-22 Ospreys, which are hybrid aircraft that can take off and land like helicopters but have the speed and range of propeller planes.

But both of those options came with a host of complications, including increased risks that ISIS militants could attack the Ospreys, which could result in casualties to both American pilots and evacuees. Some Iraqi and Kurdish helicopters had managed to carry a few dozen refugees to safety, but officials said the aircraft had frequently been fired upon by ISIS fighters.

A corridor of escape on the ground — which would have been guarded primarily by pesh merga fighters and backed by some American troops — brought its own set of problems, Defense Department officials said. The most direct route off the mountain is south, with the goal of reaching territory still held by the Iraqi government in Baghdad. But that route would have taken the rescue forces and the Yazidis through areas controlled by ISIS, increasing the potential for combat and casualties.

Passing through ISIS-held areas, one senior military official warned, would also allow the militants to blend into the escaping Yazidis, making it more difficult to target them for American airstrikes.

But the more viable route — going through Syria, which is believed to be the route taken by thousands of people who had already escaped Mount Sinjar — raised its own problems. That option required the use of American airstrikes, and American troops could not directly help in that effort. The United States is at odds with President Bashar al-Assad and has considered arming rebels in their fight against the Syrian government.

The speed with which the Obama administration announced that the siege had been broken may cause some consternation overseas, given the increasingly dire descriptions from aid agencies about the crisis on Mount Sinjar. The United Nations on Wednesday announced its highest level of emergency for the humanitarian crisis in Iraq.