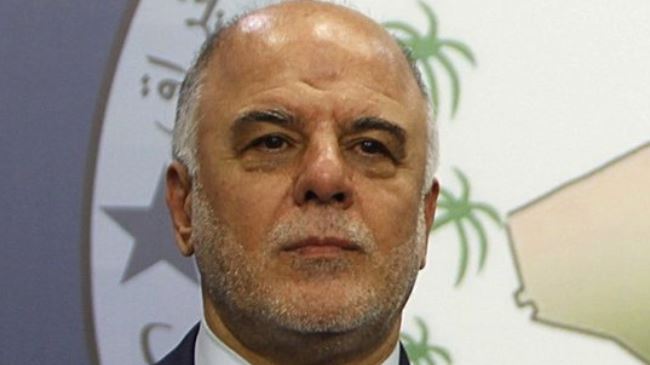 The Dawa Party made the announcement in a statement on Wednesday, and called on different political parties to endorse Abadi as well.

In its statement the Dawa Party “called on political blocs to cooperate with the constitutionally designated prime minister, Mr. Abadi, and accelerate the formation of a government in the defined time period.”

The party reportedly announced its decision after asking Iraq’s Grand Ayatollah Ali al-Sistani’s opinion on the matter. The top Iraqi Shia cleric said that the new premier should have broad national acceptance and be able to work with other ethnic and religious leaders in the country.

The request by Dawa comes days after Maliki said he would only leave office in case of a court ruling.

Baghdad is struggling to form a new government, after months of unrest and political turmoil.

Iraq has been fighting ISIL Takfiri terrorists since they took control of Mosul on June 10. The takeover was followed by the fall of the city of Tikrit, located 140 kilometers (87 miles) northwest of the capital, Baghdad. The control of Tikrit was later retaken by the Iraqi army.

The ISIL terrorists have been committing heinous crimes in the areas they took, including the mass execution of civilians as well as Iraqi army troops and officers.

Many people have been killed and more than a million others displaced in Iraq so far this year.