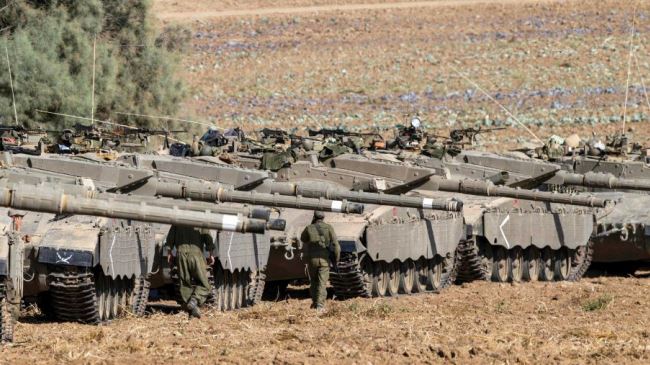 An extension of a ceasefire agreement between Palestinian resistance movement Hamas and Israel is so far in place, despite its shaky beginning.

Sources on both sides said early Thursday, the new ceasefire is still holding. The Israeli army said that there had not been any fighting for several hours.

According to a Palestinian Interior Ministry official, Israel had fired four airstrikes into Gaza about 30 minutes after an existing 72-hour truce had been extended for five more days, late Wednesday.

Israel then said that the airstrikes were launched in response to rockets fired from Gaza. Hamas has denied the accusation.

This comes as talks of a long-term ceasefire between Palestinian and Israeli negotiators are being held in the Egyptian capital, Cairo.

Earlier, Hamas leader Ismail Haniyeh said that a long-term ceasefire agreement with Israel would not be reached unless the Gaza Strip’s seven-year blockade was lifted.

Israel launched the latest war against the blockaded Gaza Strip on July 8.

Nearly 1,960 Palestinians, including hundreds of children, have so far lost their lives and at least 10,100 others have been injured.

The United Nations Children’s Fund (UNICEF) says that nearly 400,000 Palestinian children are in immediate need of psychological help due to “catastrophic and tragic impact” of the Israeli war.

Next month, a panel appointed by the United Nations Human Rights Council (UNHRC) is expected to start investigating the crimes committed by Israel in its war on Gaza.