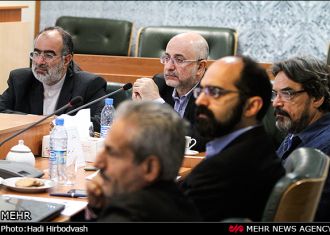 Tehran, Aug 13, IRNA – The Center for Strategic Research (CSR) has been assigned the task of formulating a new plan to replace the Plan for Music in Iran, which was made by cultural officials under former president Mahmoud Ahmadinejad.

According to ˈTehran Timesˈ published Wednesday, the above-stated decision was made in a session on Tuesday to review the present plan, the secretary of the session, Mohammadreza Fazeli told reporters.

A number of officials, including the cultural advisor to President Hassan Rouhani, Hessameddin Ashena, and Deputy Culture Minster for Artistic Affairs Ali Moradkhani, and a number of experts and musicians, including Hossein Alizadeh, Ali Torbi, Dariush Talaii, Hushang Kamkar and Mohammadreza Darvishi attended the session.

“There is a consensus among officials, experts and musicians that the present plan is unacceptable,” Fazeli said.

“The experts say that proper professional supervision was not provided for formulating the plan,” he added.

He said that the Center for Strategic Research in collaboration with the Ministry of Culture and Islamic Guidance will use experts and musicians to formulate a new comprehensive plan for music in the country.

Fazeli also noted that ulama’s views will also be taken into consideration in making the plan.

The Center for Strategic Research was previously assigned the task of revising the Plan for Organizing and Development of Iranian Cinema, which was made during the second term of Ahmandinejad’s administration.